How a Single Stride Ended a Career 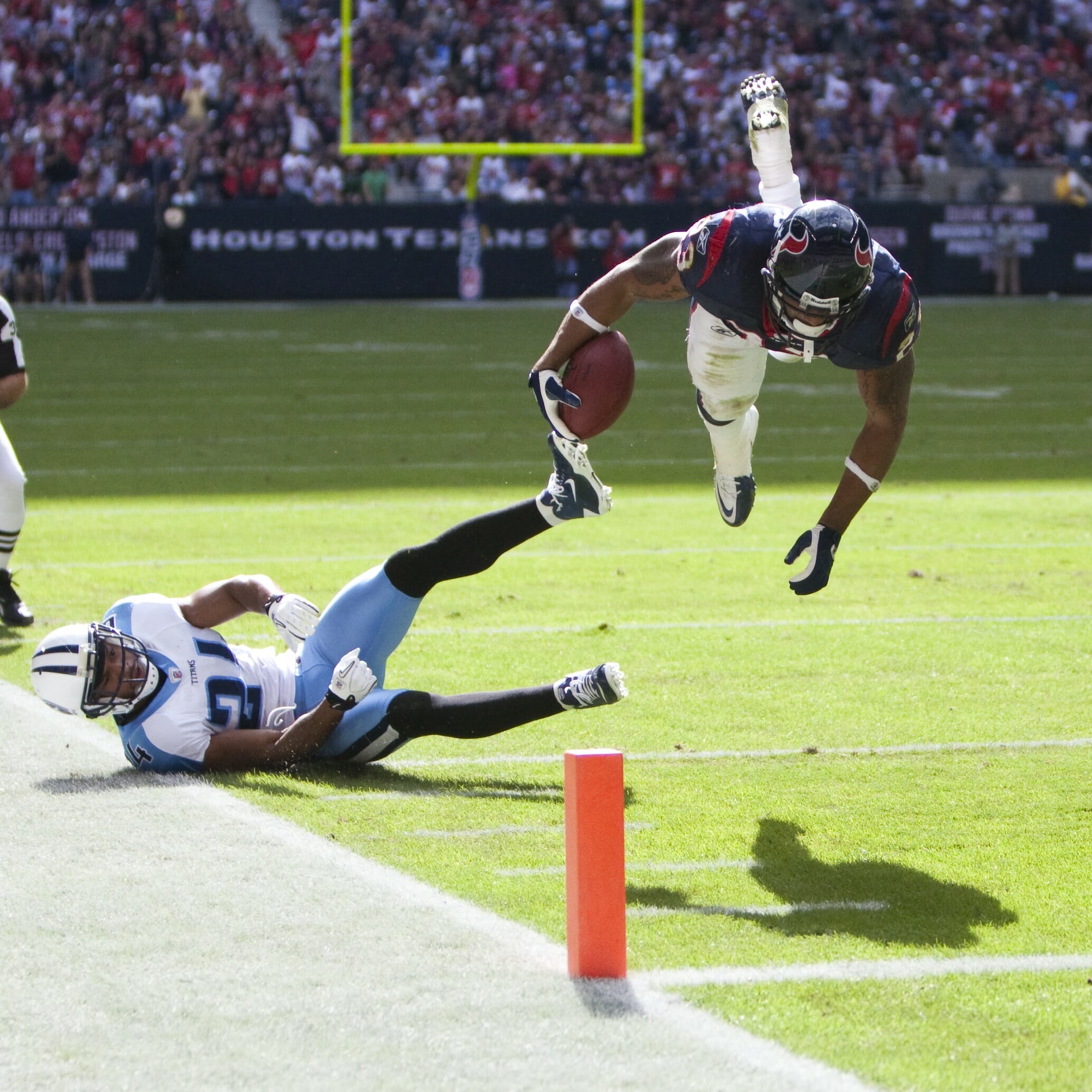 Let’s flashback to October 20th, 2015 – It’s garbage time in a 44-20 blowout of the Houston Texans by the Miami Dolphins. Houston has the ball; their star running back, Arian Foster, motions to a slot receiver position. The ball is snapped. Foster takes one stride and collapses in a heap. Pain is written all over his face as he is helped to the sideline to be examined. The results of his exam and imaging reveal a devastating diagnosis: a torn achilles tendon! Arian Foster, the $43 million dollar superstar and vital Houston offensive weapon, was placed on season ending injured reserve.

Maybe he overstretched the tendon, maybe he pushed-off too hard…or maybe he had already twinged it lunging for his Macbook to order the newest addition to Oprah’s book club before JJ Watt got it.

The real answer: He was likely the victim of a ‘poor metabolic profile’, which can be the result of a long history of injuries.

Humans are like cars (In Arian Foster’s case, a Lamborghini Aventador, in my case, my Uncle’s hand-me-down 1991 Mazda 323 with tape deck and manual windows). Injuries are like rust. Injuries affect the human body like rust affects cars. Often invisible to the untrained observer, rust starts to deposit itself on areas of your car prone to wear and tear and in areas that are exposed to the elements. Over time, if not treated, the rust continues to spread and weaken the structural integrity of your car’s parts until one day your muffler detaches itself and you’re dragging it, sparking, down the street to meet your girlfriend’s parents for the first time.

Injuries have much the same effect as rust on your car. They can leave an indelible mark on your body, which if not addressed, can make you prone to future injury by effecting changes in your biomechanical, neurological, and vascular systems.

To illustrate this point let’s return to the case of Arian Foster. I have never met Mr. Foster, (although I have been blessed to have him a few years on my fantasy football team) but I am well aware of what his injury history looks like…and it is not pretty.

Between his 2006 college season and the 2015 NFL season, Arian Foster has sustained  2 ankle sprains (1 requiring surgery), a torn meniscus in both knees (both requiring surgery), 4 hamstring tears, a lumbar disc herniation, a calf strain  and 2 groin strains… and that’s just his lower body history!

That is a significant amount of damage that his musculoskeletal system has undergone over a relatively short timeframe. But why do injuries to his hamstring, knees, and lumbar disc matter? Those things aren’t his achilles.

Anytime you sustain any musculoskeletal injury (such as a strain or sprain), local tissue damage in the area of injury leads to central neuroplastic changes in the spinal cord. The segments of the spinal cord that innervate the area of injury can go haywire (think smoke alarm blaring when you burn the grilled cheese). If this spinal sensitization process occurs repeatedly from a multitude of injuries or if the response is not reduced and treated after each injury, it can predispose you to future injuries by causing long-lasting and even permanent changes to your body. You can experience things like muscle inhibition, changes in your body mechanics, and most importantly, disruption in blood flow which diminishes the nutrient and oxygen supply to your tissues (i.e. creating a poorly nourished metabolic environment for your tissues to function in).

Based on Foster’s injury history it is obvious that the health of his tissues had been compromised. His achilles likely wasn’t getting its proper nutrition and oxygenation due to a compromised blood flow from an injury history that had altered his neurological and vascular systems. Sadly, it was likely only a matter of time before his achilles blew…and with it the hopes and dreams of all his fantasy football owners.

His 2016 comeback was, unsurprisingly, short-lived lasting only 4 games before groin and hamstring issues resurfaced, prompting a well-advised announcement of his retirement.

So what’s the takeaway? Take your injuries seriously and get them treated! Ignoring them will only cause more serious debilitations in the future. Rust-proof your body regularly to ensure it can continue to withstand the demands placed on it.